TEWKSBURY, MA -- The Boston Jr. Rangers are pleased to announce that Go Uemura has committed to Wesleyan University for the fall of 2019. The '98 native of Manhasset, NY played two seasons (2016-17, 2018-19) in the Eastern Hockey League (EHL), spending the most recent campaign with the Rangers. Overall, Uemura tallied 30 points in 48 total games this past year, and dating back to his single season with the New York Applecore, the veteran forward finished his junior career with 56 points in 98 total games in the EHL.

"We are very happy for Go,” said EHL head coach and general manager Rich DeCaprio, “He had a great season for us and are very proud to have him commit to Wesleyan. He’s a great kid and always has a smile on his face when he comes to the rink. We expect great things from him in the future!"

When Uemura arrives at Wesleyan, he will be one of two EHL players joining the Cardinals' hockey program this fall. With the additions of Uemura and Wiggle Kerbrat (New Hampshire Avalanche), the EHL has now helped seven total players commit to one of the toughest academic universities in the country.

"Although our season ended sooner than we all expected, it was an unbelievable experience playing for such a reputable organization," said Uemura. "The Jr. Rangers welcomed me with open arms from the start and I immediately became a part of the family. I believe the Rangers’ long-lasting success lies not only in having top-tier facilities, but in having a great culture where everyone helps each other achieve their goals of playing college hockey and winning a championship. I would like to thank Coach DeCaprio and Coach Aucoin for helping me become the player that I am today. Whether it was on-ice skill work or personalized video sessions after practice, their willingness to develop my game was exceptional. I would also like to thank my teammates, friends, and family for all of their support along the way. I am excited to attend Wesleyan University this fall and look forward to contributing to an outstanding program and school."

WIth Uemura's commitment, the Rangers have now sent a player off to Wesleyan University in each of the past two seasons. Last year, Danny Sorabella was the Rangers' player who committed to join the Cardinals, and he recently finished his freshman campaign with six points in 26 total games. 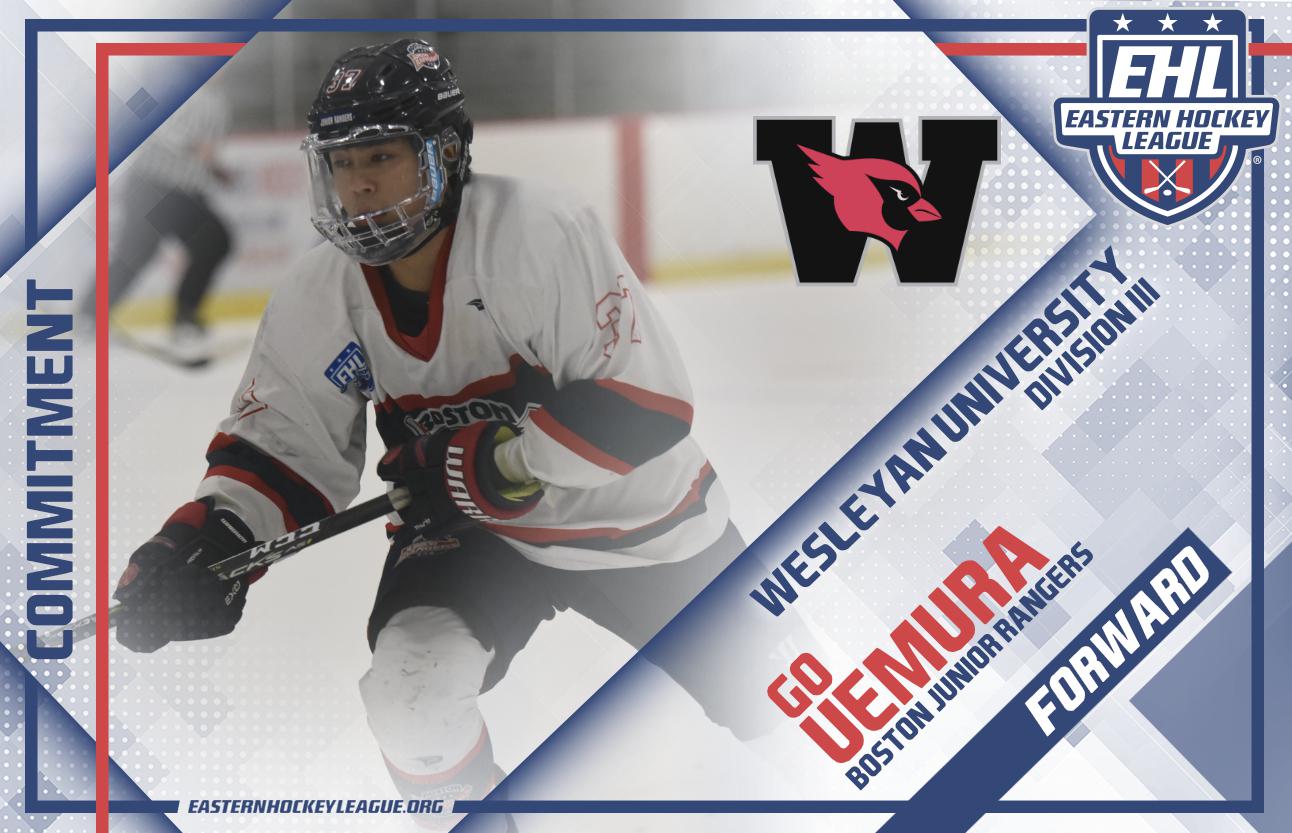