TEWKSBURY, MA -- The Boston Jr. Rangers are pleased to announce that Mitchell Haight has committed to Elmira College for the fall of 2020. Combined between his time in the Eastern Hockey League (EHL) and the Eastern Hockey League Premier (EHLP), Haight has played in 121 career games for the Rangers. During that time, the big defenseman has scored 10 goals and dished out 50 assists, for a total of 60 points.

"We are very proud of Mitch,” said EHL head coach and general manager Rich DeCaprio, “This is his third season with us and the leaps and bounds he has made both on and off the ice have been very fulfilling as a coach to watch. He’s trusted the process, and has grown into a fine hockey player. More than that, he is one of the finest humans I have had the pleasure to coach. Elmira is getting a great asset to its hockey program and community. The ceiling is high for Mitch!"

As DeCaprio mentioned, Haight is in his third season with the Rangers organization, serving as a Captain in his final year of junior hockey. The leadership and consistency that Haight brings to the rink on a daily basis was a major reason why he was selected to the 2019 EHL All-Star Team, where he was one of the Assistant Captains for Team EHL. Haight picked up an assist during Team EHL's 5-1 win over Salem State, and relished through the experience of playing a trio of Division III teams. Haight is beyond grateful for that experience and everything he has gained while playing for the Rangers.

“After high school, I realized that I wanted to continue my hockey career through college," said Haight. "I didn’t really have a clue where I wanted to go play, so I researched online about junior leagues and teams that are successful in moving players to college. I showed up at Rangers tryouts and Coach DeCaprio saw the potential that I had, and fortunately he brought me in to the Rangers family. The three years that I have been in the EHL and with the Rangers has helped me develop my game tremendously. With the help of the coaching staff and all of my teammates, I am able to fulfill my dream of playing college hockey for Elmira College next fall. The future is exciting!”

Haight and the Rangers hit the holiday break riding a 12-game winning streak, and at the top of the league standings with a record of 25-4-0 in their first 29 games. The team will return to action next at the 5th and final league-wide showcase of the season, scheduled for January 12th and 13th in Exeter, NH. 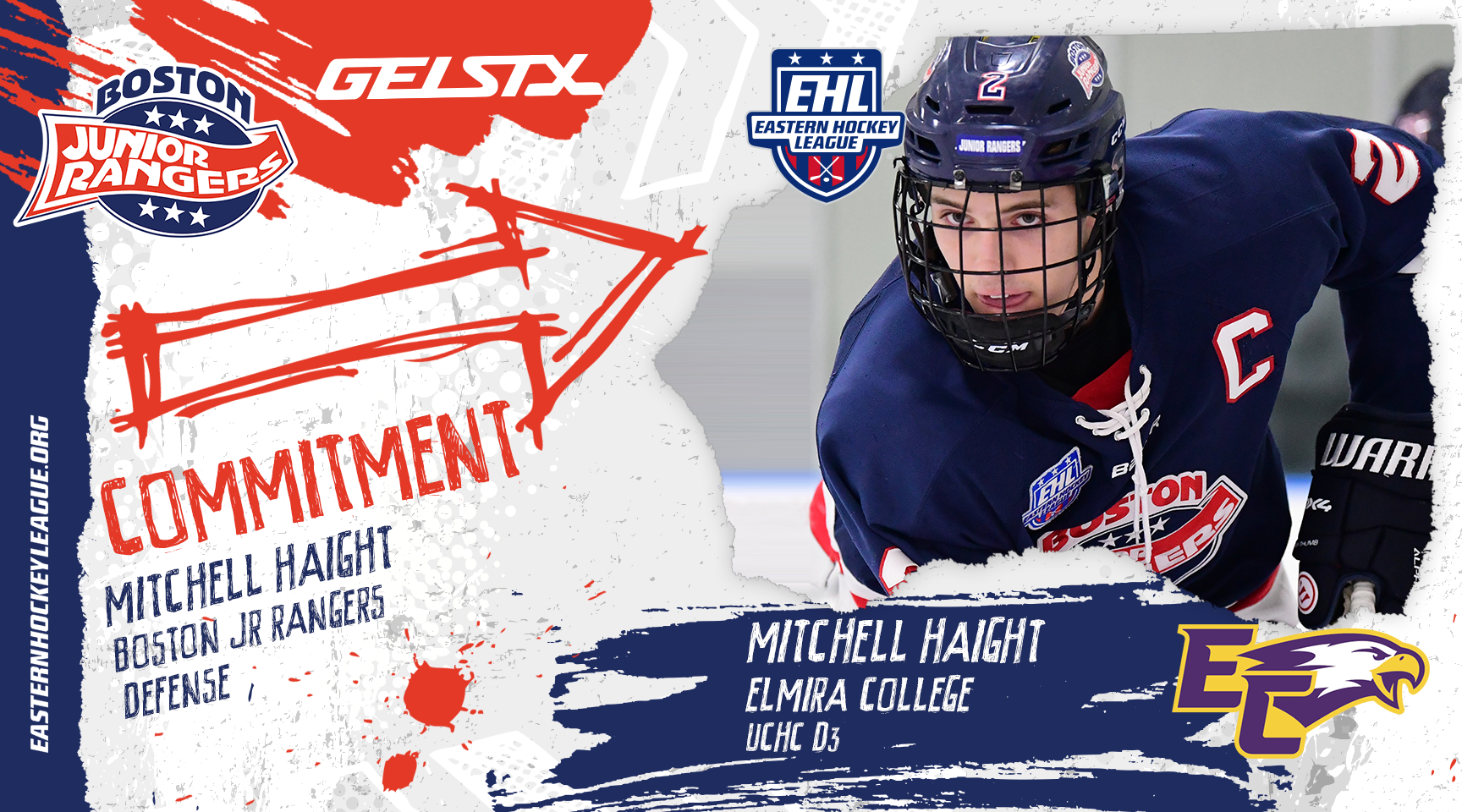