TEWKSBURY, MA -- The Boston Jr. Rangers are pleased to announce that Connor Galloway has committed to SUNY Brockport for the fall of 2020. In his second season with the Rangers, Galloway is serving as a captain this year, and to date he has tallied 48 total points in 64 career games in the Eastern Hockey League (EHL).

"We are very happy for Connor,” said EHL head coach and general manager Rich DeCaprio, “He has really developed into a solid two-way player. He can score and play strong in the defensive zone, and is a great leader in the locker room. He’s a very high-character kid and I’m excited for him and his opportunity to play for Brockport."

Galloway has missed a little time this season due to an injury, but his return to the lineup will add even more spark to the top-ranked team in the EHL. Galloway is excited to return, and he took some time to show his appreciation to everyone that helped him along the way.

"As a child I have always wanted to pursue my hockey dreams of playing NCAA hockey," said Galloway. "After my AAA years in high school I knew it was time to put myself in the best spot for my future in which I decided to play for the Rangers in the EHL. It has been a blessing to be in this organization that has taught me so much about playing at the next level. Throughout the process my coaches and teammates have helped me tremendously; now I am able to see my dreams unfold as I will go play at the College of Brockport next season. I’m excited to see what the future holds for me!"

Galloway and the Rangers hit the break with an overall record of 25-4-0 and riding a league-leading 12-game winning streak. The Rangers will return to action next on January 12th and 13th, at the EHL Showcase in Exeter, NH. The 5th and final league-wide showcase of the season puts the Rangers up against the Connecticut Chiefs on Sunday, and Team Maryland on Monday. 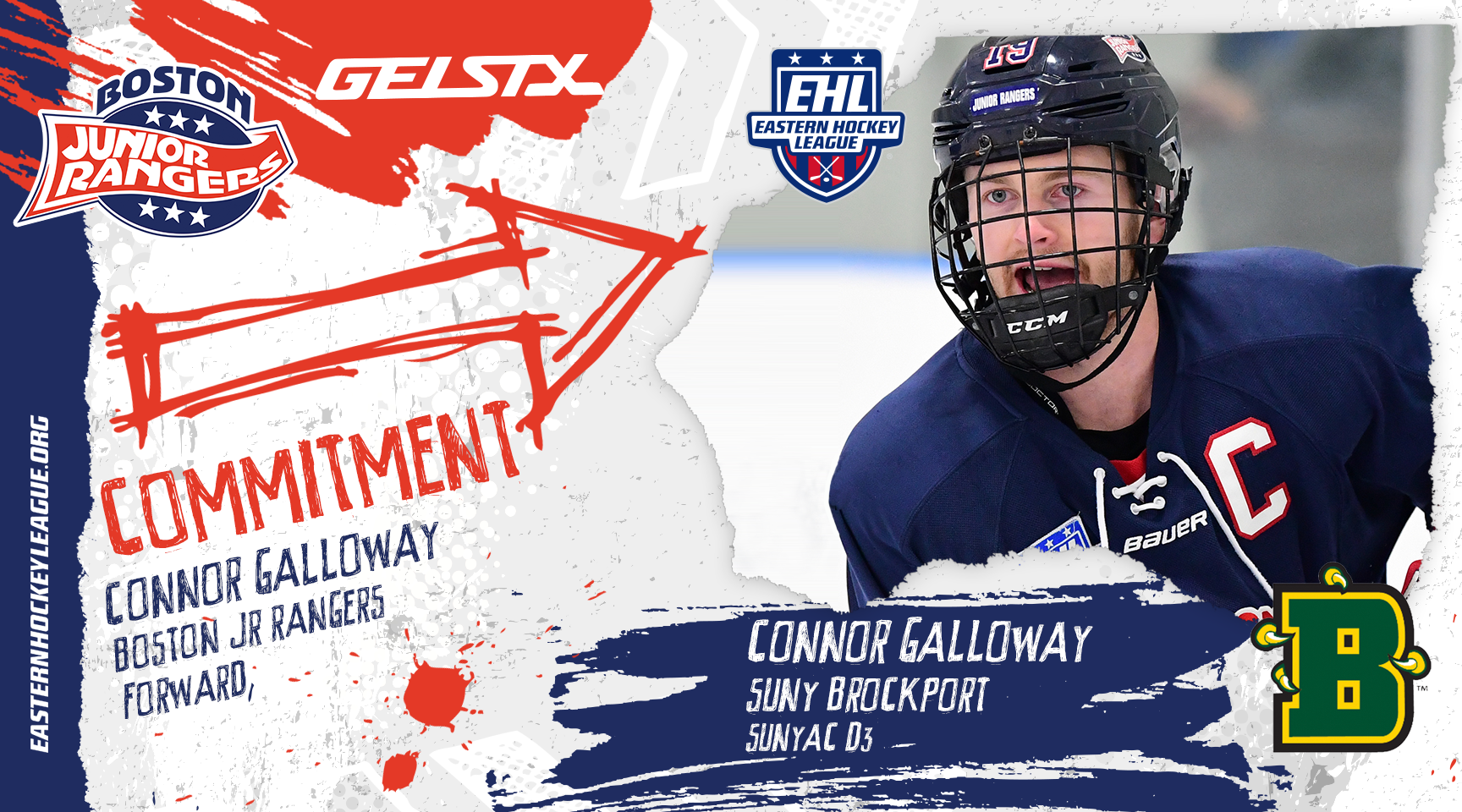