TEWKSBURY, MA -- The Boston Jr. Rangers are pleased to announce that Andrew Keith has committed to SUNY Fredonia for the fall of 2020. The '99 native of Cumberland, ME is in his third season with the Rangers, and to date, he's tallied 75 total points in 117 career games in the Eastern Hockey League (EHL).

"We are very happy for Andrew,” said EHL head coach and general manager Rich DeCaprio, “One word comes to mind with Andrew and that’s 'determination'. He’s a great kid and player. He has a high complete level. He’s really grown both off and on the ice over the past 3 seasons. He has a tremendous shot and scores big goals for us. I’m excited for him to be playing for coach Meredith at Fredonia!"

Keith is the 3rd and final Rangers' captain to commit to school for this upcoming fall. Mitchell Haight made his decision first, choosing Elmira College, followed by Connor Galloway, who will soon become an opponent of Keith's at SUNY Brockport. Overall, Keith is glad he spent the time he did developing in the EHL, as he now feels ready and prepared for the next level.

"Playing for Coach DeCaprio and Coach Aucoin has been one of the best hockey experiences of my life," said Keith. "I have developed into a more complete hockey player, learned how to be successful at a high level, and grown to be a leader for my team. Three years ago Coach DeCaprio gave me a second chance at college hockey after being injured my senior year of high school. He believed in me for three years and I am grateful he found me. I am very excited and ready to join SUNY Fredonia! My dream of playing NCAA ice hockey is about to come true!”

While Keith and the Rangers saw their 15-game winning streak come to an end on Wednesday, they still managed to grab a point in an overtime loss, securing a 16-game point streak heading into the weekend. Coming up this weekend, the Rangers host the Vermont Lumberjacks in a highly-anticipated two-game series at the Breakaway Ice Center. 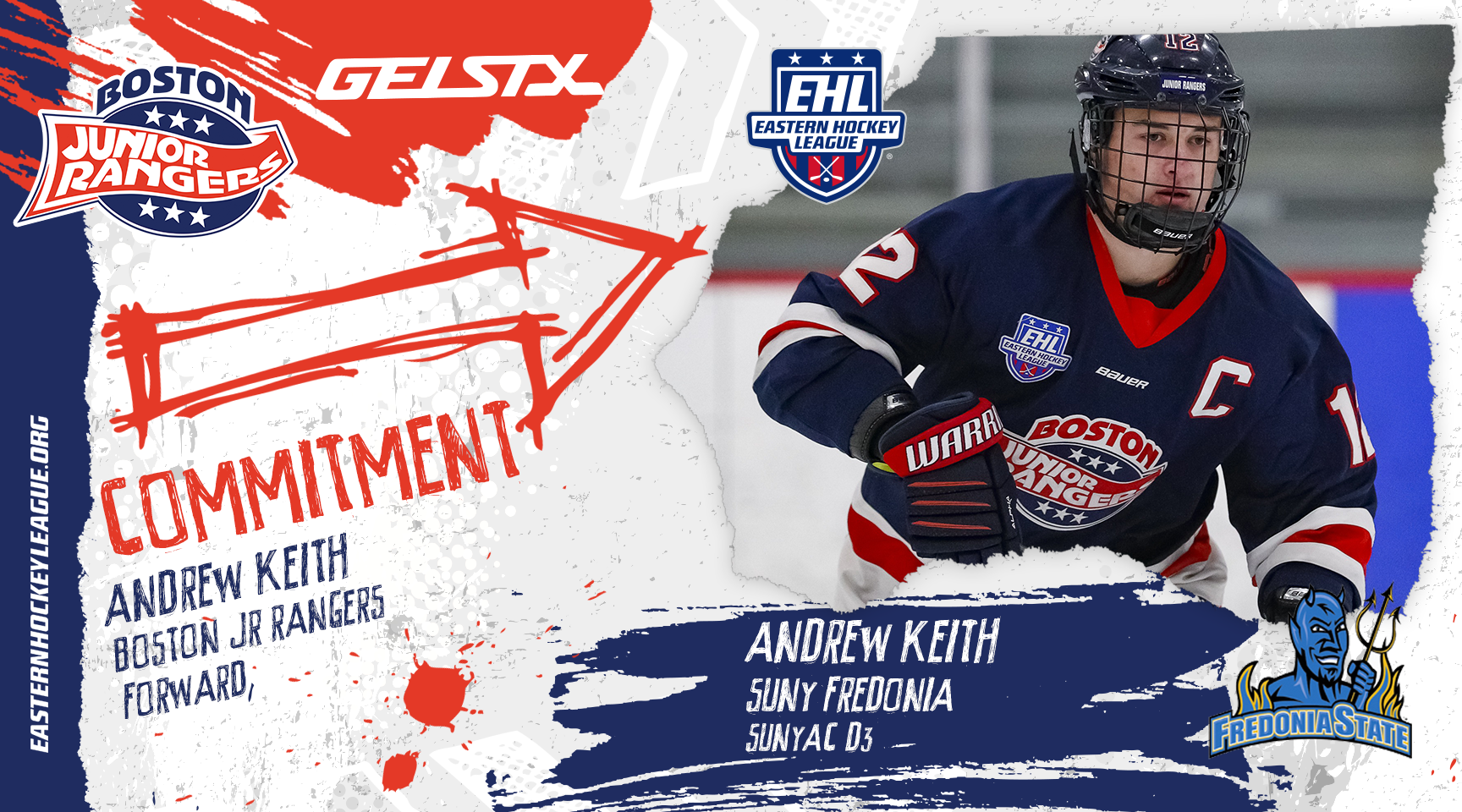