TEWKSBURY, MA -- The Boston Jr. Rangers are pleased to announce that Steve Wesley has committed to Franklin Pierce University for the fall of 2020. The '99 native of Stoneham, MA, is in his 3rd season with the Rangers, and 2nd full year at the Eastern Hockey League (EHL) level.

"We are very happy for Steven and his commitment to Franklin Pierce," said EHL head coach and general manager Rich DeCaprio. "He’s been a staple in our program the last few years, and is a true competitor and is the definition of what a teammate should be. He will have a great 4-year collegiate hockey career!"

Wesley's tenure with the Rangers began at the Eastern Hockey League Premier (EHLP) level, back in the 2017-18 season, when he helped lead his team to a championship. Since then, Wesley has played in nearly 90 games in the EHL, developing his game to the point that he is ready to take it to the next level.

"The Rangers and the EHL both helped me develop from high school to juniors, and now I am ready to play at the collegiate level," said Wesley. "This league and organization is second to none when it comes to promoting players onto college hockey."

Wesley and the Rangers have just a single game remaining in the regular season, as they prepare to try and re-write history. Entering the 2019-20 season, no EHL Regular Season Champion has ever gone on to win the Playoff Championship. 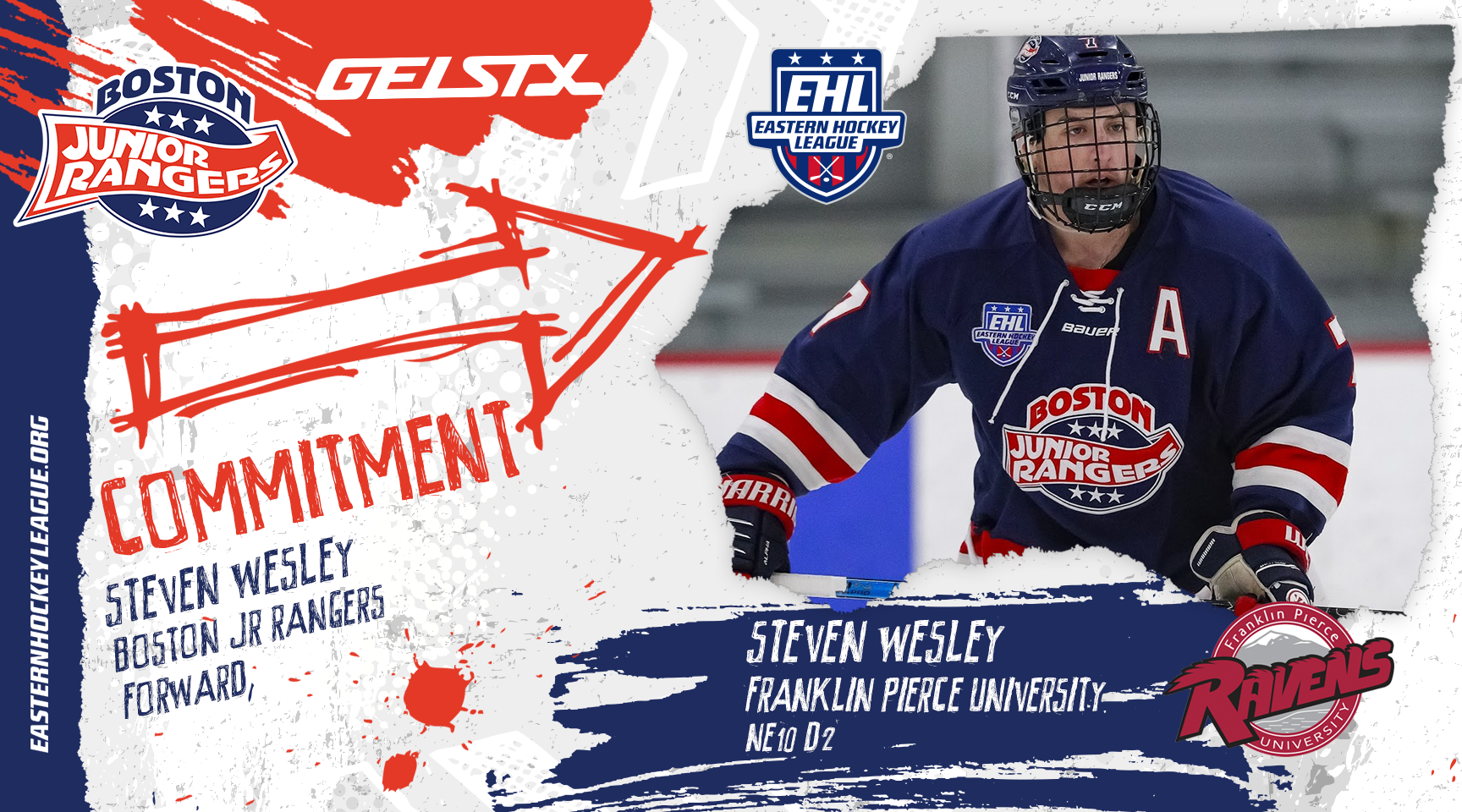