TEWKSBURY, MA -- The Boston Jr. Rangers are pleased to announce that Will Fisher has committed to The College of St. Scholastica for the fall of 2020. After joining the Rangers late in the 2018-19 season, Fisher just recently completed his first and only full year in the Eastern Hockey League (EHL). In 55 career games on the blue line, the '99 native of Duluth, MN tallied 26 total points to his name.

"We are very proud of Will on his commitment," said Rangers head coach and general manager Rich DeCaprio. "He played big minutes for us this past season, and in all situations. His physical style of play will translate well to the next level."

Fisher is only the 2nd player in league history to choose St. Scholastic, and it's worth noting that the first player also came from the Rangers. As Parker Weekes leaves after four years with the Saints program, a new Ranger moves in, as Fisher heads back to his home state of Minnesota.

"After bouncing around with a couple different junior teams, I found a great program and coaching staff that put me in a position to succeed," said Fisher. "All the league exposure, especially at the showcases, allowed me to end up where I ultimately wanted to be. I can't wait to begin my collegiate hockey career this fall."

While the season ended short of the Rangers learning just how far their postseason run could have gone, Fisher and his teammates should still be very proud of all that they did accomplish. With a record of 39-5-2, Fisher and the Rangers won their first-ever Regular Season Championship this past year. 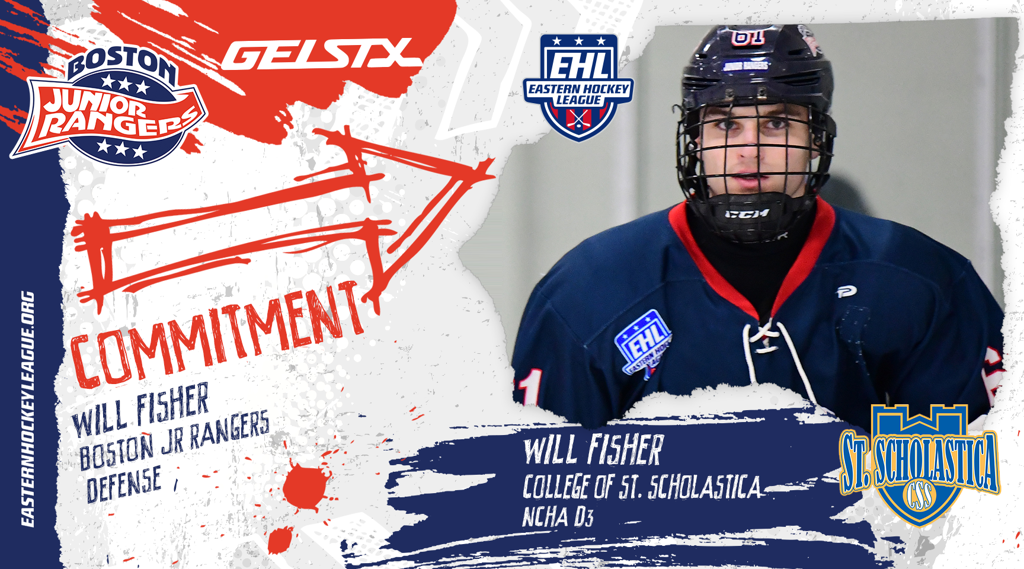