TEWKSBURY, MA -- The Boston Jr. Rangers are pleased to announce that Tom Skold has committed to Becker College for the fall of 2020. The '99 native of Sweden spent three years developing through junior hockey, with the final two seasons coming with the Rangers.

"The change of scenery definitely helped Skold, and look no further than this year's point totals to prove that," said EHL head coach and general manager Rich DeCaprio. "I would say Skold's game was very underrated in our league. He moves the puck well and has a tremendous shot. He's a player to definitely keep an eye on at the next level."

When Skold arrives on Becker's campus this fall, he will be joined by Tanner Coleman from this past year's Rangers' team. Together, Skold and Coleman are the 3rd and 4th players respectively in the team's history to commit to the Hawks. Overall, 25 total EHL players have chosen Becker, dating back to the formation of the league in 2013.

"I want to thank everyone who helped make my dream become a reality," said Skold. "Moving over to the Rangers helped take my game to a new level, and I was very happy to be staying in the league. The EHL, and its exposure in particular, is a big reason why I will be playing college hockey this fall. Thank you to my family, teammates, and coaches for supporting me along the way."

Skold's final totals gave him 25 points in 24 total EHLP games, and 46 points in 102 total EHL games. After a great junior career, the European defenseman has proven he's ready to make the jump to the next level. 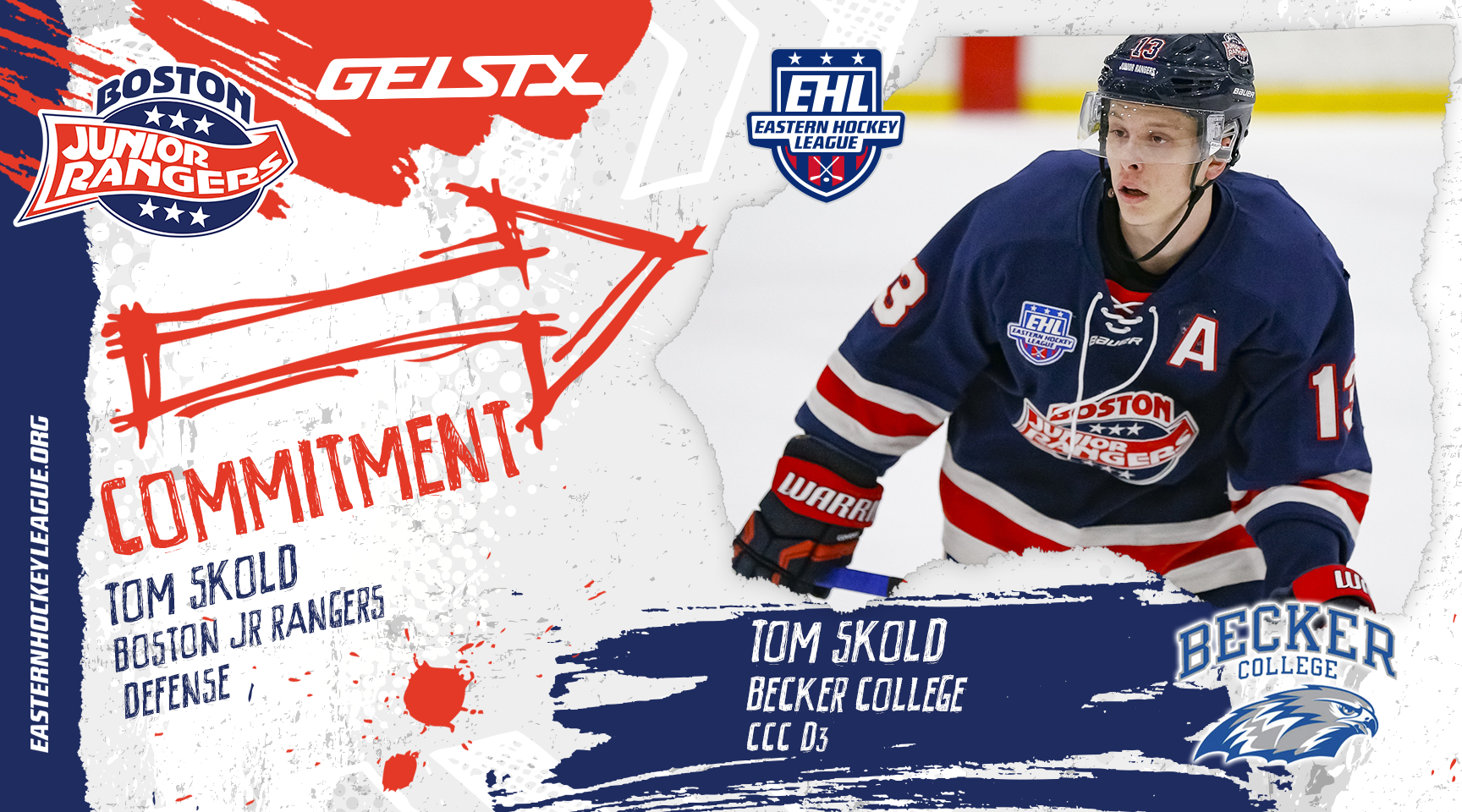