EHL and EHLP Teams Off and Running

TEWKSBURY, MA -- To date this season, the Boston Junior Rangers have seen their teams combine to play a total of 11 games. That total includes five games for the Rangers' team that plays in the Eastern Hockey League (EHL), and six games for the squad in the Eastern Hockey League Premier (EHLP). Slowly, but surely, that total number of games continues to increase, as the league battles through all the different hurdles and challenges that are thrown its way.

Breaking down the EHL team first, and the defending Regular Season Champions have picked up right where they left off, owning a record of 4-0-1 in their first five games. After losing the season opener in a shootout against the New Hampshire Avalanche, the Rangers have rattled off four straight wins, scoring 21 goals along the way.

Offensively, the team seems to be right on par with last year's group, as 12 players have tallied at least a single point so far this year. Leading the way up front, Ryan Bailey and Markus Cook each have 10 points to date, while Nathan Young and Jack Moore come in right behind them with nine and eight points respectively.

The upcoming schedule for the EHL team keeps the boys busy right up until Thanksgiving, with nine games currently scheduled between now and the holiday. It's important to note that that number may also increase with the fluctuating changes the league and country are going through with the COVID-19 pandemic.

Wrapping things up between the pipes, Nathan Mueller and Brogan Mcdonald are faced with the tough task of filling the shoes of Billy Girard, a two-year starter for the Rangers. So far so good for this year's tandem, owning a near perfect combined record for the Rangers.

Part of the disappointment with how the 2019-20 season ended was the fact that the Rangers were a title contender in both the EHL and the EHLP. The EHLP team also won the Regular Season Championship, marking the 3rd consecutive time they had accomplished that feat.

However, continuing to follow suit with the EHL team, the EHLP team has brought in some new faces and re-cemented itself as a top contender again this year.

Through their first six games, the Rangers own a mark of 3-1-2, and have outscored their opponents 26-16 along the way. Sitting at the top of the Central Division standings, the Rangers have a tough schedule ahead of them, featuring 10 games of their own before Thanksgiving.

21 different players have tallied at least a single point for the Rangers so far this season, hinting that while this year's team may not own a pair of 100-point scorers like last year's squad, the overall roster may possess more depth throughout.

In between the pipes, one of the returning pieces is Logan Palmer, who already owns two victories to his name so far this year. Matt Morrison has the other win for the Rangers, in which he earned a shutout against the New England Wolves. 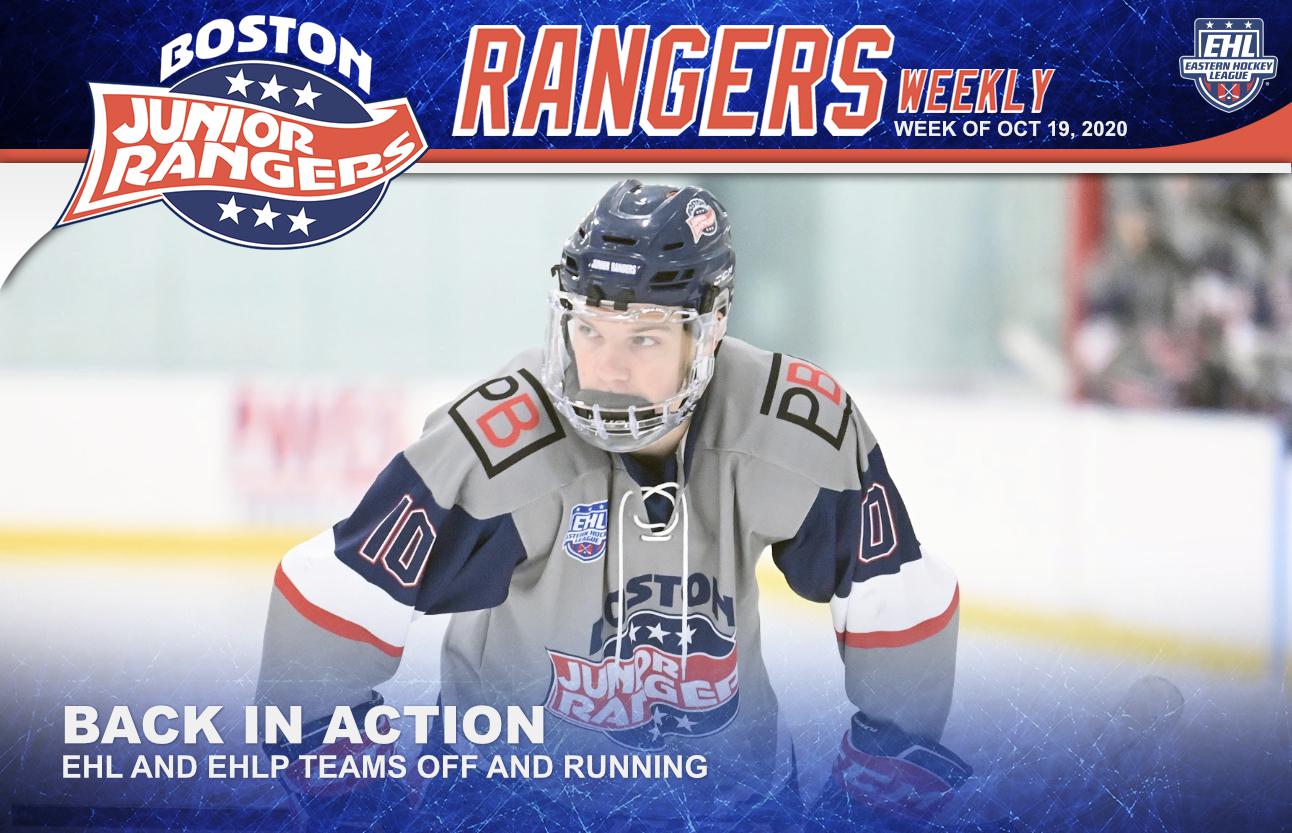