EHL and EHLP Teams Geared Up for Big Weekend

Currently in Massachusetts, the league's 6 EHL teams and 4 EHLP teams can only travel and play organizations within the state. While this in a sense limits the total number of opponents for each team, it also heats up a handful of great rivalries that have developed over the years.

For the EHL team, one of those rivals is the Walpole Express, a team that the Rangers beat earlier this season by the score of 9-3. That win for the Rangers was their first of the season, and the first of the team's current 10-game winning streak, which is the longest active stretch of its kind throughout the entire league.

Who owns the second longest active streak? The Walpole Express.

Since losing that Wednesday afternoon to the Rangers, the Express have won eight straight games of their own, setting up a HUGE home-and-home series this weekend with #4 Walpole hosting on the Friday, and the two teams heading up to Breakaway Ice Center on Saturday. While the focus of course remains on the task at hand, the door may be open for either the Express or the #2 Rangers to climb even higher in the Power Rankings, with a weekend sweep.

'One game at time' remains the focus of the Rangers, who also face-off with the East Coast Wizards on Monday. While it's a busy stretch for the team, the players are embracing the challenge, and motivated to keep things rolling throughout the month of November.

One of many bright stars for the Rangers so far this season has been Ryan Bailey, a talented 2000-born forward epitomizing the latest version of a player climbing the ladder from the EHLP to the EHL.

Also evident from the team's record is that they are in every game, and they are one of the toughest teams to knock off. Just like the EHL team, this weekend puts the Rangers up against the Express in a key home-and-home series. Each team has played 10 total games, with a current three-point gap present in the standings.

The scoring prowess is another consistency that the EHLP team displays just like the EHL squad, with 22 players having tallied at least a point so far this year. But it's when you score and don't scored on, that's where you separate yourself as a team, and the Rangers have done that well while splitting the goaltending duties between Logan Palmer and Matt Morrison. Both goalies have earned three victories to date. 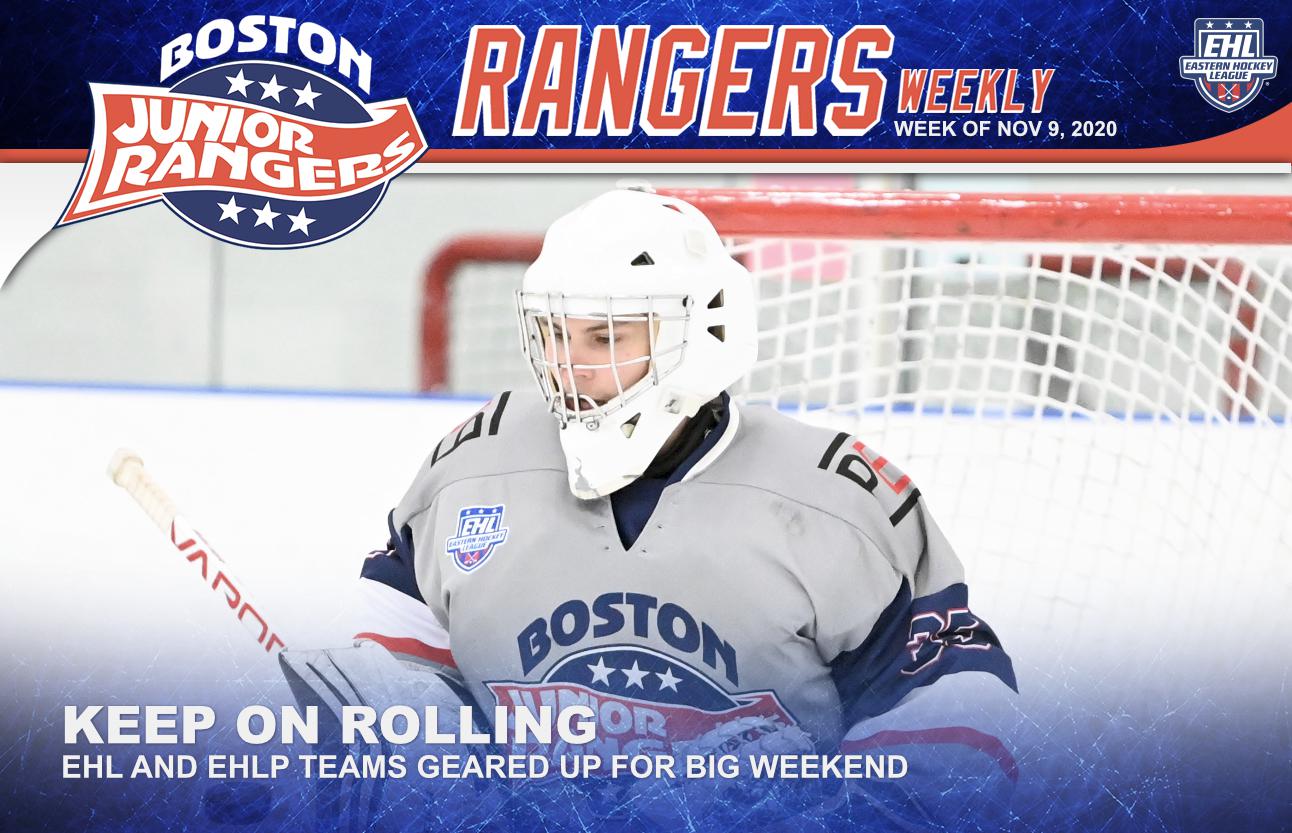