EHL and EHLP Teams Close in on Division Titles

Breaking down the EHL first, and the Rangers currently own the 2nd best record in the league at 25-3-1. While this mark puts them about 1.5 games behind the New Jersey 87's for the top spot in the overall league standings, the record is good however for 1st place in the Central Division. With seven teams in the Central Division, the #1 seed will earn a bye in the First Round of the EHL Playoffs, and then face the lowest remaining seed for the length of their playoff run, leading up to the EHL Frozen Finals.

The Rangers top squad is determined to finish where last year's group left off, and get back to the EHL Frozen Finals for the first time since 2018. Last  year's team won the first Regular Season Championship in franchise history, but the year was unfortunately cut short of the Rangers finding out just how far that team could have gone.

While a handful of faces returned to help lead this year's group, there are plenty of new contributors as well. To date this season, the Rangers have 14 different players that have registered double digit point totals so far, with half of that group already having surpassed 30 total points. At the top, Ryan Bailey leads the way with 40 points through the first 29 games.

Moving back to between the pipes, and head coach Rich DeCaprio knew he had big shoes to fill following the departure of Billy Girard. With that being said, newcomer Nathan Mueller has left no doubt for his coach. With a record of 16-1-0, Mueller leads the EHL in wins and his 1.64 GAA, .949 save percentage, and three shutouts, put him towards the top of all three goaltending categories.

The Rangers have nine games remaining to lock up their division and earn a well-deserved bye in the First Round of the EHL Playoffs.

Flipping over to the EHLP, and unlike the EHL team, last year's Regular Season Championship was the 3rd in program history for the Rangers. However, similar to the EHL team, the cancellation of the season, never gave the Rangers a chance to see just how far the group could have gone.

Fast forward to this season, and the Rangers have been at the top of the Central Division standings for almost the entire time. At 21-3-4, the Rangers have a commanding lead for the top seed in the upcoming EHLP Playoffs. With five teams in the Central Division at the EHLP level, the top seed awaits the winner of the #4 vs. #5 Play-In Game, to learn their opponent for the Second Round.

Also, just like at the top level, the Rangers' EHLP team has 14 players that have racked up double digit point totals so far this year, with three of those players having already surpassed the 30-point plateau.

At the front of the pack, Kyle Sintiris' 37 points to date not only lead the team in scoring, but also set the pace for the entire league.

As for the goaltending, Logan Palmer and Matt Morrison have combined for 19 of their team's victories to date.

The Rangers have nine games remaining at this level as well, as they push to clinch the Central Division title, and the best path to the EHL Frozen Finals. 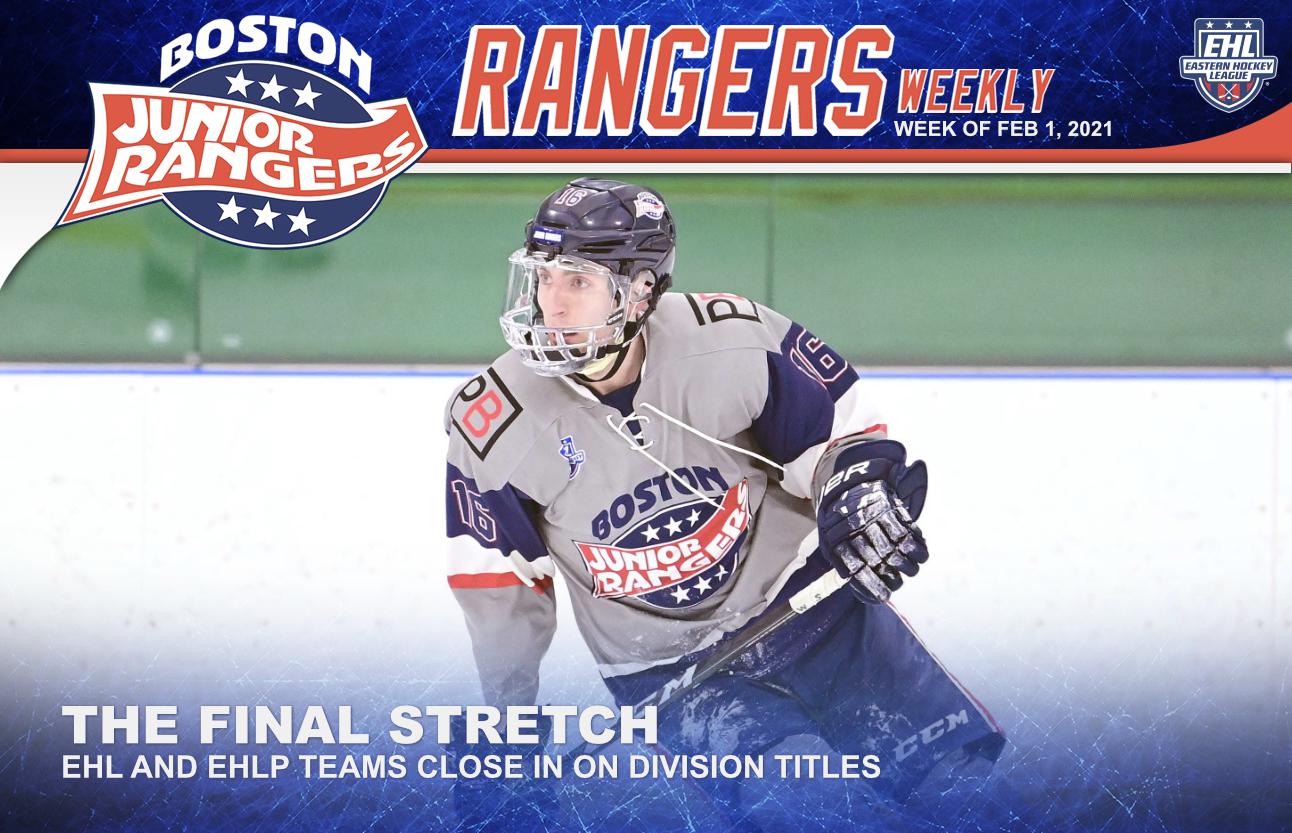