"We are excited for Ryan," said EHL head coach and general manager Rich DeCaprio. "He’s another example of trusting the process, climbing the ladder, and having a lot of success at each level. Fredonia is getting a heck of a player and a great kid!"

As DeCaprio mentioned, Bailey has clearly had success at each level, starting with 100 points in 42 total games this past season in the EHLP. The milestone season probably would have earned Bailey MVP honors if it wasn't for his teammate Johnny Malandruccolo, who posted a total of 112 points this past year. Together they made the jump look seamless to the EHL this year, and will try and keep the momentum rolling as they remain teammates at the NCAA Division III level.

"I'm extremely excited to further my athletic and academic careers at SUNY Fredonia," said Bailey. "With my two years of playing hockey for the Boston Junior Rangers, Coach DeCaprio and Coach Aucoin have taught me how to develop as a player and get me ready for the college hockey level."

In 31 games to date this season, the Rangers own a record of 27-3-1, and Bailey is the team's leading scorer with 42 total points to his credit. 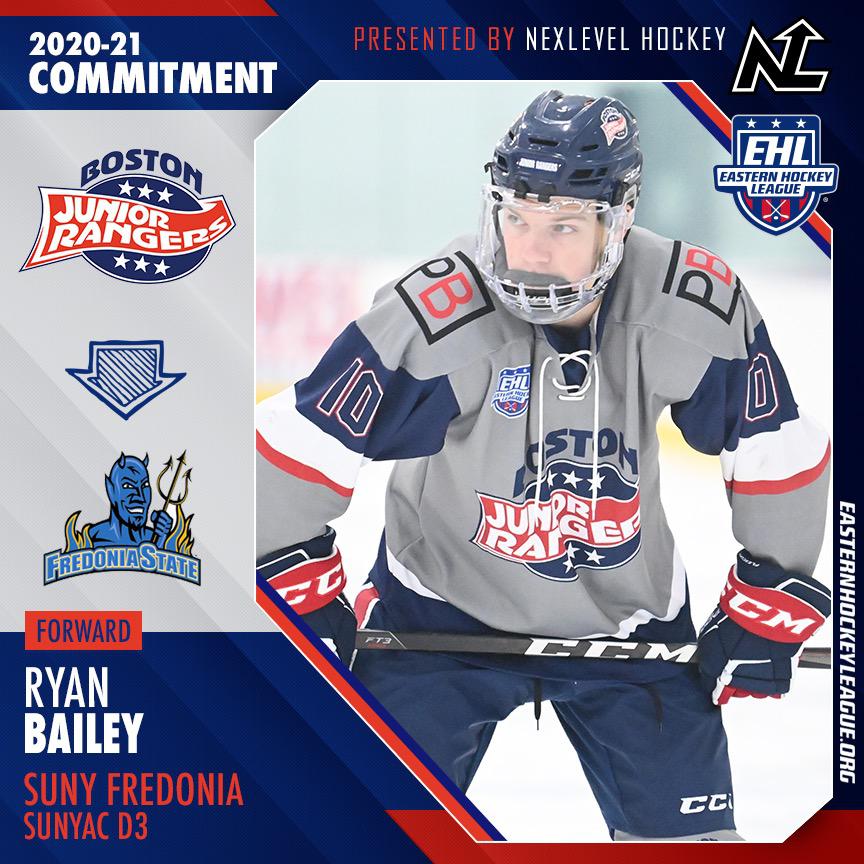