After winning a championship in 2021 and finishing his junior career with the Rangers, Nathan Mueller will be bringing his talents back to Massachusetts for the next four years as he attends Babson College.

Nathan Mueller has been a critical member of the Boston Junior Rangers for the past two seasons. “There is not another goalie that I’ve seen communicate, play the puck and control the flow of a game the way he can,” Coach DeCaprio said. 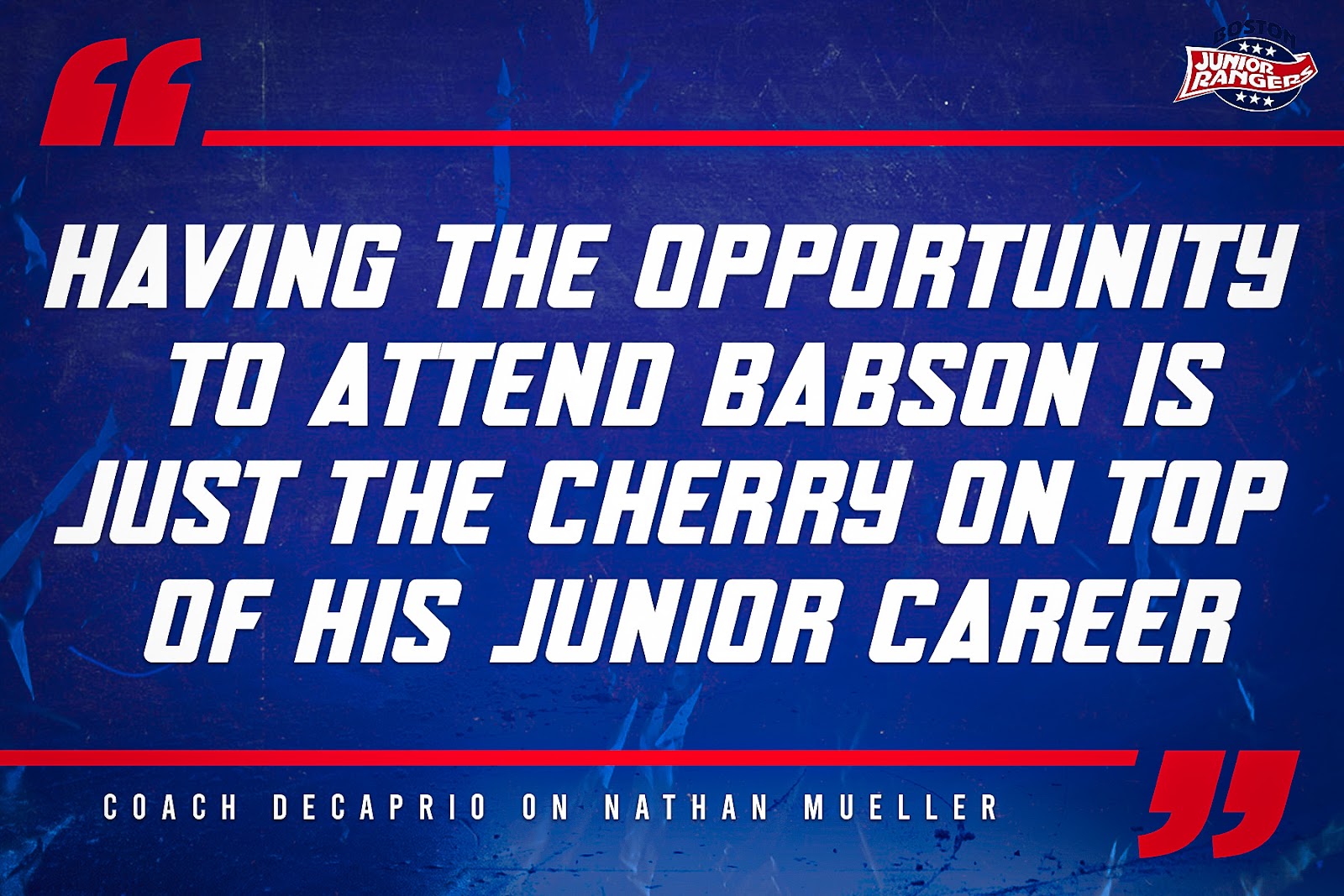 In the 2021-2022 season alone, Mueller has earned 7 shutouts with a current .965 save percentage. In his overall career with the Rangers, he proves to be a top goalie with a total 35 wins and 1141 saves. His reliable goaltending and leadership is what separates Mueller from the rest of the competition. “Nate is a tremendous competitor,” Coach DeCaprio admitted. “He’s the best goalie in our league, in my opinion.”

Mueller plans to pursue a degree in Business Analytics while playing hockey at Babson. Rich explained, “Nate is very academically motivated and having the opportunity to attend Babson is just the cherry on top of his junior career.”

“We are very proud of him,” Coach DeCaprio added. 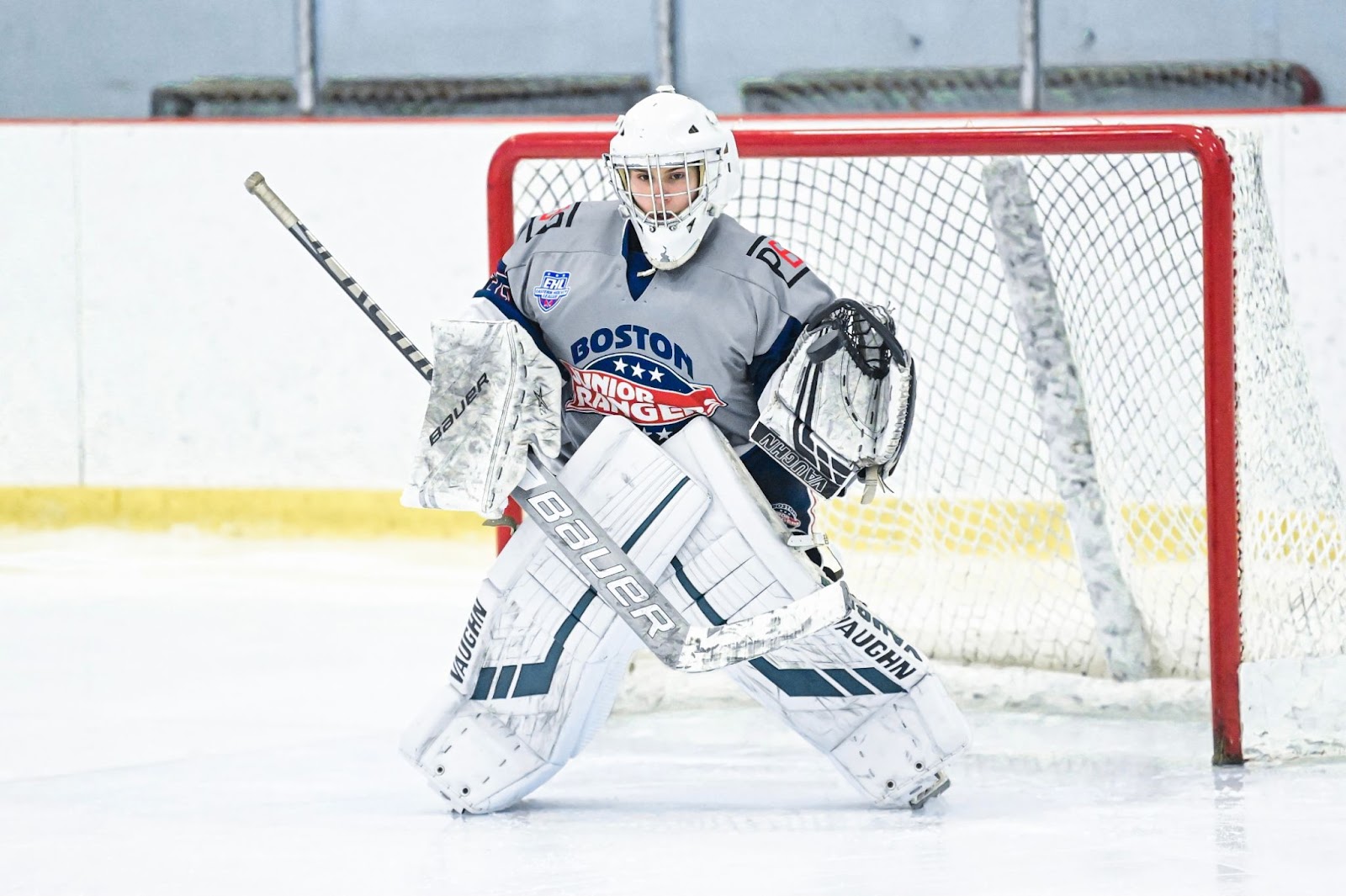 While Nathan is motivated to bring another championship back to Boston, he is gearing up for the next chapter in his career. “What I love about Babson is their tight-knit community,” said Mueller. “I chose Babson because it has an excellent academic program to go along with it’s top-end hockey program.”

As he makes the transition into the NEHC, Mueller feels nothing but gratitude for the Rangers and Coach. “I can’t express how much Coach DeCaprio has helped me through my journey to junior college,” said Nathan. “He has given me every opportunity to achieve what I have.”

“I want to thank my goalie coach Bill Manuel and my teammates - I wouldn’t be where I am today without them.”