A Look Back at the Season to Date

TEWKSBURY, MA -- In addition to the success of the EHL team, the EHLP squad is putting together quite a season themselves. Through the first 25 games, the squad is currently sitting in 1st place in the North Conference with a record of 22-1-2 and are 2 points ahead of the 2nd place Vermont Lumberjacks. The boys are currently riding a lengthy 15-game winning streak and sit at the top of the entire EHLP with 46 points. The squad has also excelled in showcase play this season, as the team owns a perfect record in #EHLShowcaseSeries play. Along with their perfect 5-0-0 record, the Rangers have also outscored their opponents 20-9 in the #EHLShowcaseSeries. The Rangers have scored 112 total goals so far this season, which equals out to a 4.48 goals per game average. On the flip side, the squad has only allowed 50 goals this season as the goalie committee of Dean Kern, Spencer Krul, Cam Bernard, and Bobby Mccloskey have all helped the Rangers to a 2.00 goals against per game average. The Rangers have also scored a league leading 28 power-play goals so far this season.

The Latvian native Danila Larionovs, leads the team in scoring with 16 goals and 23 assist (39 points), while Steve Wesley isn't far behind with 33 points of his own. Wesley is also leading the Rangers in the goal category with 18 on the season. Will Roberts has also been a force on offense leading the team in both game-winning goals with 5, and power-play goals with 7. On the blue line, Brad Bowes leads all defensemen on the squad in points with 16. The defensemen is also the only skater on the Rangers who has been healthy for all 25 games this season. Last, but not least, Dean Kern leads all other goalies on the Rangers in the wins category with a perfect 10-0-0 record, which is tied for 2nd in the entire EHLP. The goaltender has also maintained a stellar 2.13 GAA average along with a .930 save percentage. 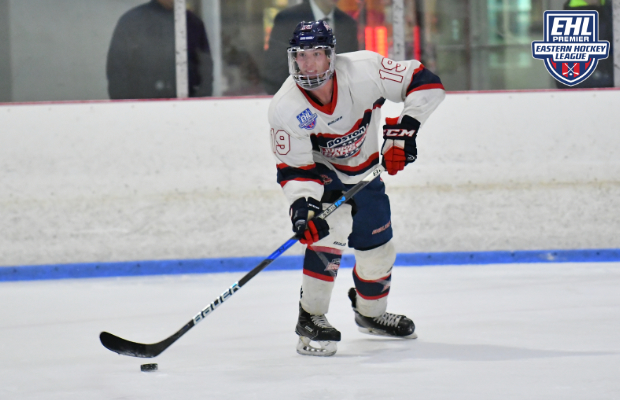