EHL Team Kicks Off 2nd Half Against Seahawks

TEWKSBURY, MA -- Both Rangers squads are returning from the holiday intermission, both in 1st place of their respective divisions. The EHL squad sits at the top of the Boston Division with a record of 25-6-0. Out of their 19 remaining games, 7 of them will come against divisional opponents. The Rangers sit just 5 points ahead of the 2nd place Walpole Express, with 2 games remaining between the division rivals. The squad will look to complete a perfect #EHLShowcaseSeries sweep when they travel down to West Chester, PA to play the Philadelphia Revolution and the Wilkes-Barre/Scranton Knights starting on January 19th and 20th. The Rangers have a combined 6-0-0 record in the previous 3 EHL Showcases this season, beating opponents by a combined score of 21-9.

The EHLP squad is sitting in 1st place of the North Conference with a record of 22-1-2, with 19 games of their own remaining. The Rangers sit just 2 points ahead of the 2nd place Vermont Lumberjacks, with 3 games against the division rival remaining. However, the Rangers hold a 4-0-0 record against the Lumberjacks beating them by a combined score of 22-9. Like the EHL squad, the EHLP team is also looking for a perfect #EHLShowcaseSeries record, after going a combined 5-0-0 in the previous 2 showcases. The 3rd and final showcase will be held at Revolution Ice Gardens where the Rangers will face-off against the Jersey Wildcats and the New Jersey Renegades.

The EHL squad will return to action this Sunday when they will host the Total Athletic Seahawks at 1:05pm. The Rangers hold a 3-0-0 record against their division rival, beating them by a combined score of 14-8 in the previous matchups. Nolan Egbert led the way in the most recent matchup, racking up 26 saves in the Rangers 6-2 win. 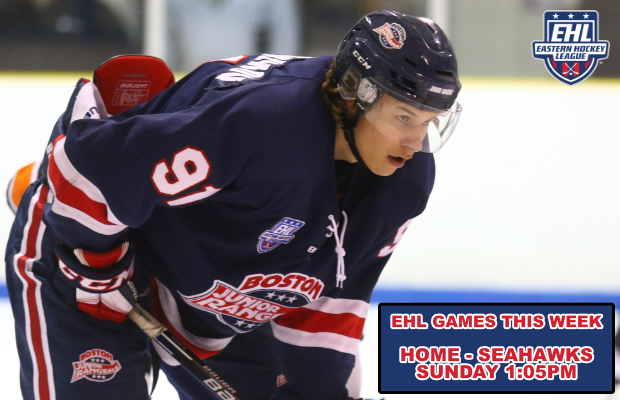 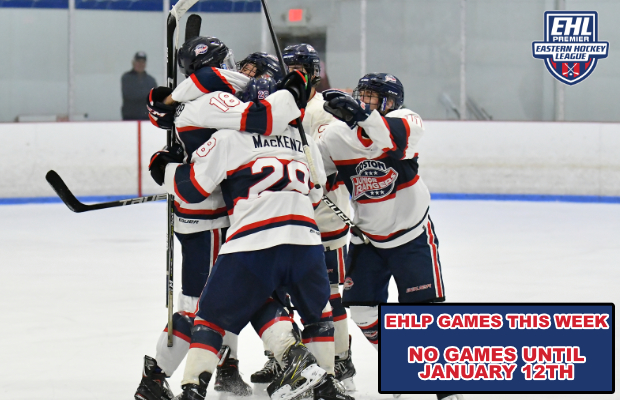