EHL and EHLP Teams Both in 1st Place

TEWKSBURY, MA -- Another successful week in the books for the Rangers organization, as both squads combined to go 4-0-0 this past week. With the wins, the EHL team continues to lead the Boston Division with a record of 29-9-0. The EHLP on the other hand, moved back into 1st place in the North Conference with 56 points after their 18-goal weekend.

On Tuesday, the Rangers hosted the New England Wolves for the second matchup between the two teams this season. The Rangers took care of business in the first meeting back in November and Tuesday's game started off in a similar fashion. Nick Grinvalds and Danny Sorabella put the Rangers out in front with goals just 25 seconds apart. Jared Bernis followed suit with a power-play goal just over two minutes into the second frame, and things were looking great for the home team. The Wolves would come back to make it a close game with two goals of their own in the 2nd period to cut the Rangers lead to 3-2. However, Ryan Tierny, who also recently committed to Salam State, gave the Rangers a short-handed insurance goal just 15 seconds into the 3rd period, and that stood to be the difference. Nolan Egbert held off the Wolves offense for the rest of the game stopping 26 total shots in the win.

The Rangers returned to action on Friday when they traveled up to Haverhill to face-off against the Valley Jr. Warriors. The game remained scoreless until the 3rd period when Sorabella broke the tie just over two minutes into the frame. Bobby Kinsey, who recently committed to Southern Maine, added another goal a few minutes later to give the boys a two-goal lead. However, the Warriors would respond with a pair of goals of his their own to knot up the game at two apiece heading towards the end of regulation. The game looked like it was destined for overtime, until Daniil Ovchinnikov scored the game-wining goal with just 29 seconds left. Ben Parker stopped 33 shots in the winning effort, for his 11th win of the season.

The EHLP squad hosted the New England Wolves for a pair of games this weekend. The Rangers beat the Wolves in the team’s previous three matchups by a combined score of 19-4 and Saturday’s game wasn't much different. After a scoreless 1st period, Ryan Gamber got the scoring going just over six minutes into the 2nd frame. Both Kyle Welch and Eric Roberts added goals for the Rangers near the end of the period to give the Rangers a 3-0 lead into the break. Daniel Larionovs and Eric Roberts added two more insurance goals for the Rangers in the 3rd period, leading them to a 5-0 victory. Cam Bernard stopped all 26 shots that he faced for his second shutout of the season.

The same two team’s squared off the next day at Breakaway Ice Center where the Rangers grabbed a quick 2-0 lead after the first period with goals from both Kyle Welch and Jake Mecrones. Rangers captain, Sean Sullivan scored in the first minute into the 2nd frame to give the Rangers a three- goal lead. Nolan Shaw continued the scoring with a pair of goals of his own to extend the lead to five goals. The flood gates then opened up in the 3rd period as the Rangers exploded by finding the net eight more times. Shaw collected two goals to complete a four-goal game. Wesley, Larionovs, Welch, Gamber, MacKenzie, and Roberts scored the other five goals for the Rangers in the period to complete a 13-0 win. Dean Kern stopped all 16 shots in the shutout win, for his 11th win of the season between the pipes.

The EHL squad will head to Bedford this upcoming Wednesday for a matchup against the East Coast Wizards, and then will take on the New Hampshire Avalanche on Saturday night at Plymouth State University.

The EHLP team on the other hand will continue their four-game series with the Wolves, with a home-and-home starting in Laconia on Saturday and wrapping up at the Breakaway Ice Center on Sunday. 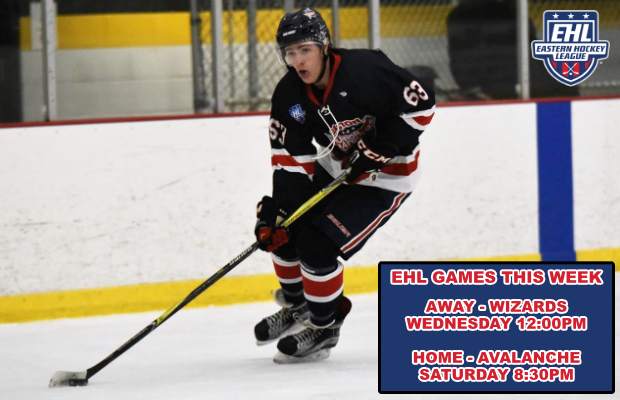 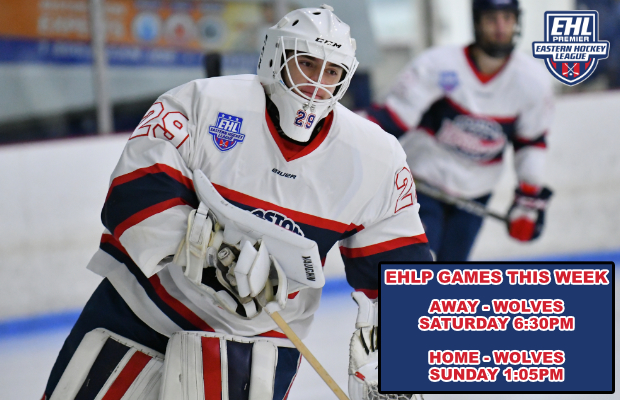