TEWKSBURY, MA -- Another busy week is in the books for the Rangers as the EHL team dropped two hard fought games and the EHLP squad won both of their matchups. With the losses the EHL team moves down to 2nd place in the Boston Division with a record of 29-11-0, but they are just one point behind the 1st place Walpole Express with the same amount of games remaining. The EHLP squad on the other hand is still sitting in 1st place in the North Conference with a record of 29-2-2, and are seven points ahead of the 2nd place Vermont Lumberjacks.

On Wednesday, the EHL squad traveled to Bedford for a matchup against the East Coast Wizards. The Wizards scored twice in the 1st frame along with a power-play goal in the 2nd period, to take a 3-0 lead. Ryan Tierney responded for the Rangers with just under three minutes to play in the middle frame, and make it a closer deficit heading into the final period of play. However, the Wizards held off the Rangers for most of the 3rd period an added an empty netter near the end of the game. Jake Cagnina added a goal in the final 10 seconds of the contest for his 6th tally of the season, but the Rangers fell by the final score of 4-2. Ben Parker made 28 saves in the losing effort.

On Saturday night, the Rangers faced off against the New Hampshire Avalanche at Plymouth State University, to finish off the regular season series between the two teams. The Avalanche got on the board first, but Grealish answered a few minutes later to knot the game up at one goal apiece. The Avalanche took the lead again, this time on the power-play, around the halfway point of the game. The Rangers couldn't find the back of the net in the 3rd period despite outshooting the Avalanche 15-7 and fell by a final score of 2-1.

On Saturday, the EHLP squad traveled up to Laconia to kick off a home-and-home series with their division rival. The Wolves jumped out to an early 2-0 lead in the 1st period, but the Rangers responded with two goals of their own in the 2nd frame, coming from Will Roberts and Danila Larionovs. Matt Mcpherson gave the Rangers a 3-2 lead just over six minutes into the 3rd, followed by an empty-netter from Larionovs to seal the 4-2 win. Spencer Krul was solid in net stopping 32 out of 34 shots in the victory.

The Rangers returned to action the very next day back in Tewksbury and jumped out to an early two-goal lead with goals from Ryan Gamber and Kyle Welch. Tanner McFarren added another goal near the end of the frame, giving the Rangers a 3-0 advantage going into the break. Roberts scored another goal for the Rangers in the first two minutes of the period, but the Wolves quickly responded, making it 4-0 game. Both Larionovs and Jake Mecrones added two more goals to the Rangers lead near the end of the 2nd frame to give the boys a 6-1 advantage at the end of the second period. The Rangers would pile it on in the third frame with five more goals to give the squad an 11-1 victory. Larionovs, Roberts, Donnie Shaw, and Nolan Shaw (2) had the 3rd period goals, all while Mcpherson collected four assists in the winning effort.

The EHL squad will get back to work with a busy week starting with a game in Tewksbury on Wednesday against the Valley Jr. Warriors. The squad is then scheduled to travel to Hyannis for a game against the Total Athletics Seahawks on Friday afternoon, followed by a home-and-home series with the New England Wolves on Saturday and Sunday.

The EHLP squad on the other hand will stay home for a pair of matchups against the Central Penn Panthers this upcoming weekend. 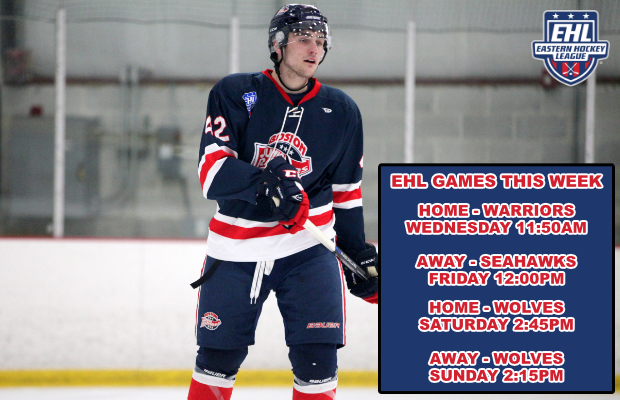 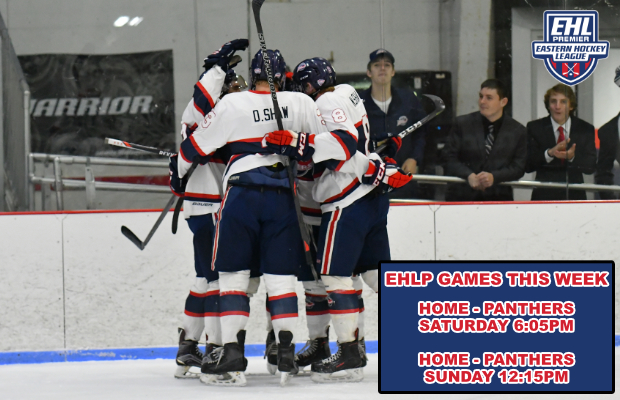