TEWKSBURY, MA -- After a long summer, the EHL squad opened up their season this past weekend at the Breakaway Ice Center with a pair of matchups against Mid-Atlantic Conference opponents.

The Rangers took care of business in their first game of the weekend, defeating the Lehigh Valley Jr. Rebels 13-0. The boys came out flying right out of the gate as both Nathan Young and Andrew Keith scored goals in the first minute of the contest. Defensemen, Anton Metelev and Young added a pair of power-play goals later in the period increase the lead. The power-play unit was clicking for the Rangers to start the season as they were 5 for 7 (71.43%) in the opener.

John Grealish, Steve Wesley, and Conor Leonard added 2nd period goals for the Rangers as they took a commanding 8-0 lead into the final frame. Young then completed the hat trick just 36 seconds into the third period as the Rangers continued to score at will. Leonard, Zack Norby, Mitchell Haight, and Danila Larionovs added 3rd period goals to propel the Rangers a 13-0 win. Ben Parker was solid between the pipes as he stopped all 13 shots that he faced in the victory.

The squad returned to the rink the very next day and matched-up against the Philadelphia Little Flyers. The Little Flyers jumped out to an early lead and took a 1-0 advantage into the first intermission. Four more goals followed in the next period as the Little Flyers were up 5-0 before Leonard responded for the Rangers near the end of the frame. Despite Grealish’s pair of goals in the 3rd period, the Rangers fell to the Little Flyers by a final score of 6-3.

Both the EHL and EHLP squads will hit the road this upcoming weekend for each team's first road trip of the season. The EHL squad will face-off against the New Jersey 87s on both Saturday and Sunday, and then will travel to Wilkes-Barre/Scranton, PA on Monday to square of against the Knights. The EHLP team will kick off their season against the 87's Premier team for a pair of games on Saturday and Sunday. 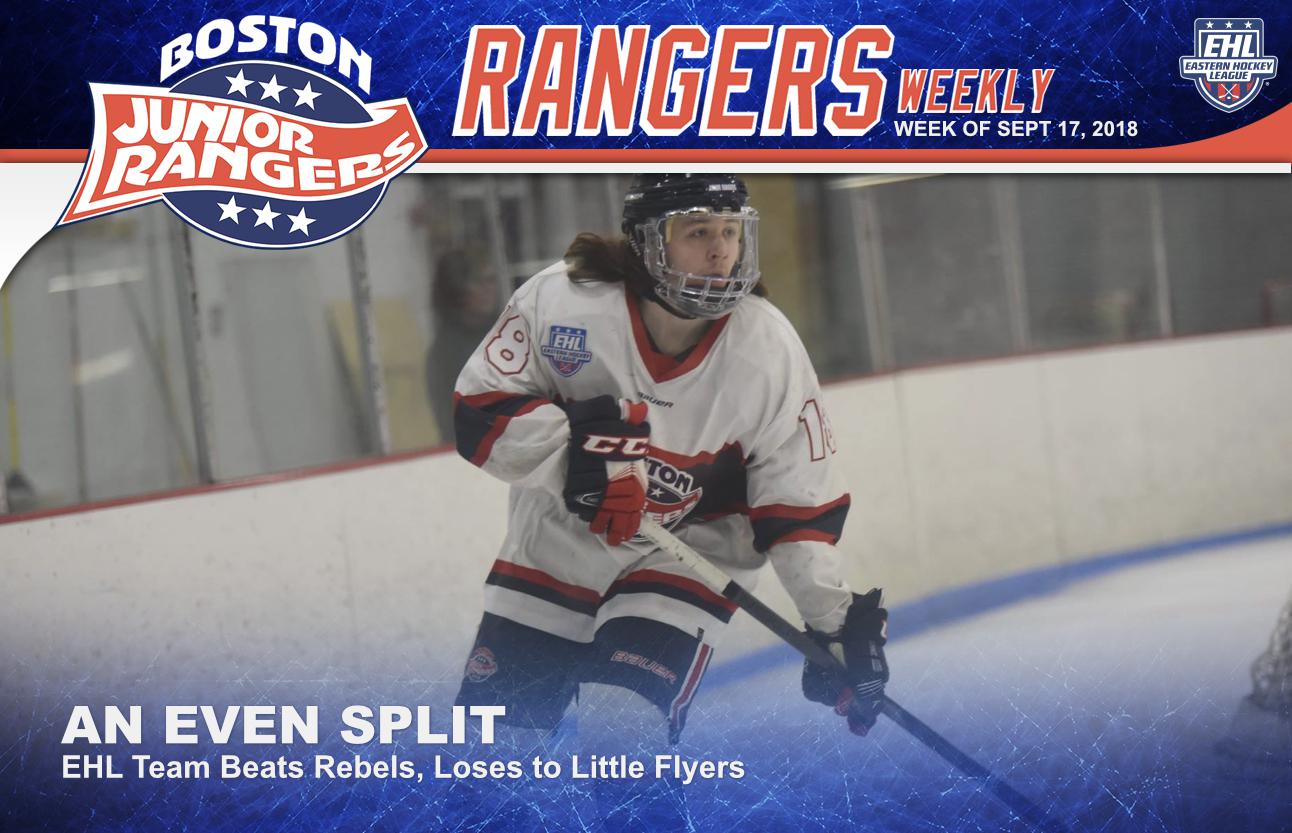